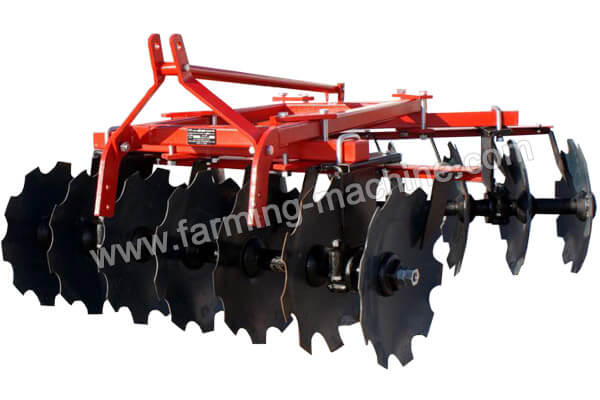 ◇Disc Gang. It is composed of several disc blades which are installed on square shaft at equal distances from each other. Harrow blades are connected with cross-member via bearings and bearing support plate. Disc harrow manufactured by Amisy Farming Machinery is installed with notched disc blades. They chop up stover left from a previous crops, such as cornstalks. There are 6-12 semicircular notches along the outer edges of notched disc blades .

◇Harrow bracket. It is used to install components, such as Disc Gang, adjusting device and traction frame.

◇Angle demodulator. It is used to adjust the deflection angle of disc harrow so that the disc harrow can satisfy different working depth requirements.

Light disc harrow consists of 2 types: 1BQ Series Hydraulic Offset Light Harrow, and 1BQX Series Suspension Type Light Harrow. Both of them are designed and manufactured independently by Amisy Farming Machinery. They are mainly used to break up virgin land, to chop material/residue, and to incorporate it into the top soil.

1BQX series light duty disc harrows are tractor-driven, suitable for pulverizing and loosening clods after ploughing. It promotes strong, healthy root development. The frame of this light type disc harrow is made of qualified steel tube. Its structure is simple but reasonable, strong and durable, convenient to operate, easy to maintain. All these features satisfy intensive and meticulous farming. 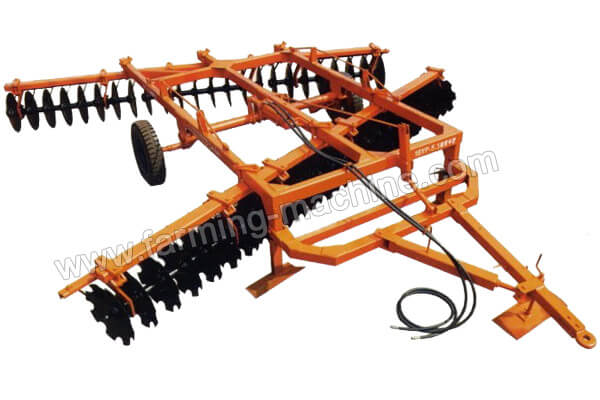 1BQ series hydraulic offset disc harrow is equipped with hydraulic system, with stronger soil-crushing ability. It is with features of quality reliability, higher working efficiency, stable & excellent performance, and can be used in mellow soil directly, without disc plow.